I got married a couple of weeks ago. It was a bit of a DIY affair – we had a clear idea of how we wanted the day to pan out, and so that meant a bit more stress and worry than maybe your usual wedding, but that’s cool. Everything went to plan and within 3 days of saying ‘I do’ we were laying in the sun, poolside, on a little island about 400km off the coast of Africa. Everything was lovely, except for the stinking colds we both developed in the wedding day aftermath.

I never expected to be married, and if truth be told I never expected anyone to want to marry me. My wife has made it clear, in no uncertain terms, that marriage wouldn’t have happened had I still been a drinker. In fact we wouldn’t have still even been together. I was a bounder and a cad. A chubby little tearaway. Super friendly, lovely to talk to (ish), but too out of control to commit to.

On the 8th of September, about a week after we got married, we had a second reason to celebrate. It was my 2 year soberversary. Not just mine though! What I may or may not have mentioned in previous blogs is that Emma, my wife, chose to quit drinking on the same day as me. She’s never really been a drinker, but it was her way of supporting me. Sure, the change was felt a lot more by me (a LOT more), but it’s been great to have someone taking this journey into sobriety alongside me. What a woman eh? Deffo marriage material.

Anyhow, amazing as my wife is, she isn’t the reason that this blog was titled The Good Wife. That’s still to come – but first, since we’re talking about my honeymoon, I wanted to share a little story with you. Not alcohol-related, but you lot are a bit twisted so I thought you’d like it…

A few days into our honeymoon, on the tiny Canarian island of La Gomera, we decided to book ourselves onto a whale-watching trip on a glass bottomed boat. I always envisaged ‘glass bottomed’ in a literal way, so was a bit upset to discover that what they really meant was ‘normal bottomed boat with some tiny underwater windows’. Anyway, the boat headed out into the rolling waves of the Atlantic, and I took on a greeny hue. I swear, if I’d had a cricket bat with me I’d have considered beating myself to death with it. I don’t recall ever feeling so horribly ill before. “Just let me die!” I wailed from the unsteady bow, my guts aching and my skin covered in a sort of sweaty sheen. Man, seasickness is a fucking lot worse than I ever really expected.

A couple of hours into the trip I decided I needed to move from my spot, huddled in a sweaty, shaky ball at the back of the boat, where I had been intensely watching the horizon in an effort to fix my somersaulting brain by getting it to contextualise the sickening motions of the fucking ship. I needed to pee, so I got up and staggered across the precarious floor space towards the boat’s only toilet, avoiding happy whale-watchers and excited kids. Once in the bog I flopped it out (my tackle), but alas there was no sea-view in this tiny piss-smelling cupboard to keep my brain on an even-keel, and all I could do was drop to my knees and empty my guts, via my mouth, with a terrifying HYYNNNNNNGGGGGG sound. It must have sounded like someone was being murdered in there. And in fact they were – me. I was being murdered. From the inside. By a boat with stupid fucking underwater windows.

Following 3 or 4 minutes of intense vomitry (is that a word? It should be) I managed to get back up on my feet, and cleaned myself up with a couple of tissues before exiting the piss-cupboard. The bog door opened directly into an outside space, and it was the fresh sea air, whizzing past me, that alerted me to something not being quite right. The air felt a bit TOO fresh, especially on my sensitive undercarriage. I looked down. oh dear. Junk is still out. 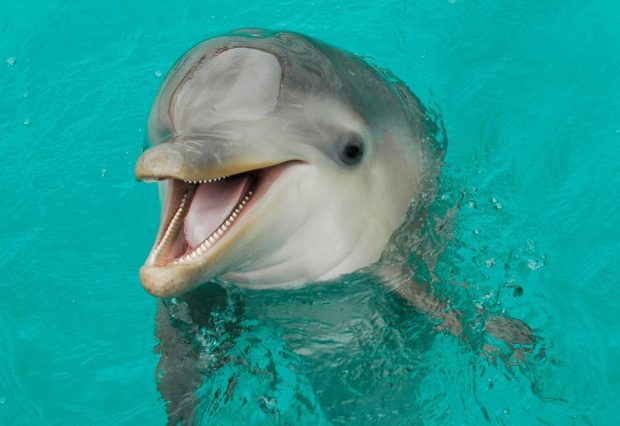 I must protest Your Honour. I was unwell at the time. No kids were harmed, and I was quick to remedy the situation. I actually moved at such an impressive pace as to put myself at risk of zip-damage, but this was, after all, a desperate situation requiring desperate measures. Within 10 seconds the threat was removed (my penis – The Threat) and I was able to merrily continue enjoying my dire and eternal seasickness. Joy.

Okay, back to the alcohol stuff.

My life post-booze seems to have been littered, at least in these last few months, with well-placed reminders as to why I need to steer clear of the beer. It’s not like I need reminders – sobriety has been a pretty amazing and eye-opening experience for me – but it’s cool to get these random nudges along the way. Just little friendly nuggets of support from the cosmos. One of the more recent of these nudges came along whilst I was at a Derren Brown show in Northampton and was randomly seated right next to the drunkest woman in the universe. You can read about that one here.

Another such reminder landed right at the end of my honeymoon, whilst me and the shiny new wife were sat around waiting for our flight at Tenerife South Airport. Funnily enough, we’d been talking through our plans for the coming months and years, and I’d been mulling over the potential of writing another blog post, but was at the same time uninspired as to what to write about. Unfortunately I hadn’t shit myself in a public place recently, so was lacking material.

We grabbed a sandwich each and sat down in the packed food court, and I was just about to bite into my sriracha chicken baguette when something caught my eye. It was the 50-something couple sat at the table just near us, behind my missus. He, the guy with the graying mullet and huge pot-belly, was trying to surreptitiously remove the lid from a huge bottle of Jack Daniels, the majority of the bottle cloaked by it’s Duty Free carrier bag. He gave a quick glance around to ensure he wasn’t being watched, and then tipped the bottle up into an open half-filled coke bottle. A trick I’ve employed many a time throughout my drinking career. Top marks for innovation my good man! The problem was, though, that he was shaking too violently to be able to connect the two bottles. Suddenly the scene took on a darker twist. It was 10:30am and, based on the severity of the DTs, I wonder if this guy had spent the last week drinking heavily in the sun, possibly only stopping in the early hours of that same day. It looked bad, worryingly so. People die from alcohol withdrawal. I imagine he didn’t just want his stealth whisky, but rather he needed it.

Further adding to my intrigue, as I rubbernecked from behind my sandwich, was his wife. She looked sweet and supportive, and upon noticing his struggle she immediately stood up and leaned over the table, helping him to steady the two bottles and successfully top up his coke with the JD. She didn’t snap at him for drinking so early, or tut at his hangover-related incompetence. She just smiled and helped him to get his secret booze supply ready for the plane, like it was nothing. Like she’d done the same thing a million times before, and helping her husband stave off the shakes was just another one of her tasks as a good wife.

I looked back over at Emma, my new wife, and considered the different directions that life can take you in. Both wives were supportive, but in different ways. Emma decided to support me in quitting the drink, whereas this sweet lady sat near us had chosen, based on what little I’d witnessed, to instead support her husband by perpetuating his problem, by enabling the cycle to continue. Probably just for a quiet life.

Holy shit. If I said to Emma “Love, can you help me please? I’m too hungover to pour my morning whisky!” she would fucking clout me then chuck me out.

It’s definitely tough love I get from Emma, in respect of my drinking anyway, but honestly I don’t think I could have reached 2 years sober without her. And that’s just one of the reasons why I married her.

By the way – we didn’t even see any fucking whales. Just some dolphins.

2 thoughts on “The Good Wife”